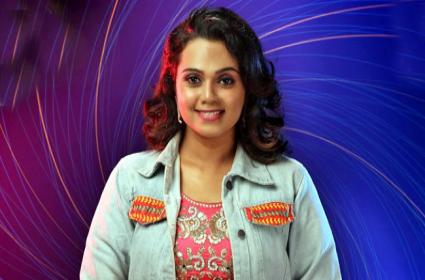 A means Amalapuram. There are no Telugu people who do not know the song Aa means Ahapuram. But Abhinaya, who took steps in that song, has now come on stage. But she told many unknown things about herself. She said that she is a wild animal lover. She said she would pick up a tiger but was too afraid of a lizard.

Abhinaya went into the house and tried to mingle with everyone. She said that if you come into this house. You can learn many things. How to speak.. how to be.. when you come out. You can come out as the best. Let’s play well. Let’s play fair. Let’s play bold.