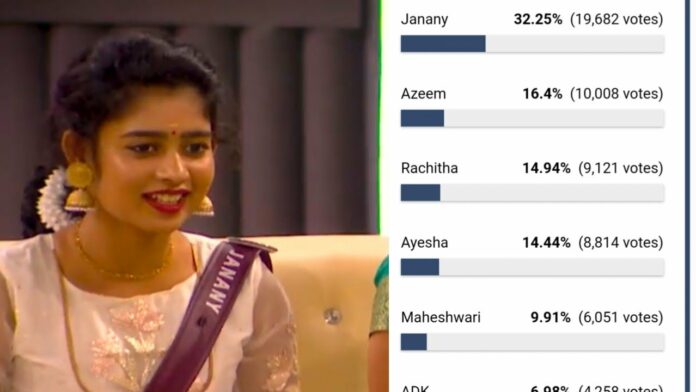 Last week’s Bigg Boss Tamil 6 episode featured a lengthy catfight between many of the contestants. The fans were astonished by GP Muthu’s departure from Bigg Boss Tamil 6. Kamal Haasan spoke on the phone with GP Muthu concerning why he quit the show.

Kamal Haasan attempted to persuade GP Muthu by telling him about his popularity and the support he was getting from the audience, but the GP was not convinced and walked out of the film. On the other hand, when Kamal Haasan told the contestants to give red card to the contestant who still did not deserve to stay in the summer house.

Azeem was the contestant who had been assigned a red card the most by the contestants, and he was also the first contestant to be saved during the second season in the opening episode. However, Shanthi has become the most recent contestant to get a pass out of the house Bigg Boss Tamil 6 scene. Well, the second-week drama of Vijay TV program got the TRP rating of the highest rating.

Nominations may be happening as indicated by Bigg Boss Tamil 6. Bigg Boss asked nominees to nominate one another in the home confessional. The nominated contestants include Janany, Ayesha, Rachitha, Maheshwari, Adk, Azeem, and Asal.