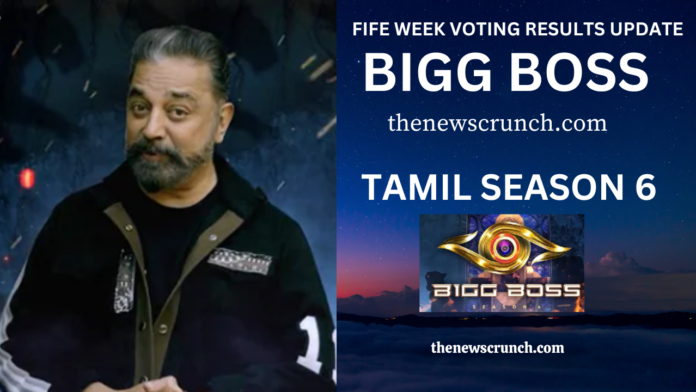 Bigg Boss 6 Tamil kicks off its fourth week on an exciting note. After an eventful third week, the housemates look forward to the next nominations task in the Bigg Boss Tamil house. As the task kick-off, the housemates are locking horns with heated arguments and fights.

Robert Master, Amudavanan, and Ram, the three contestants who already won last week’s puppet task. They will survive this week’s elimination. So Azeem topped the list of nominees.

The voting lines for Bigg Boss 6 Tamil will open on Monday after the nominations are officially out.

Bigg Boss Tamil Season 6 was launched on 9th October. It will be hosted by Kamal Hassan. The show will be broadcasted at 9.30 P.M. on all days. The show will broadcast on Star Vijay and stream on Disney+ Hotstar.