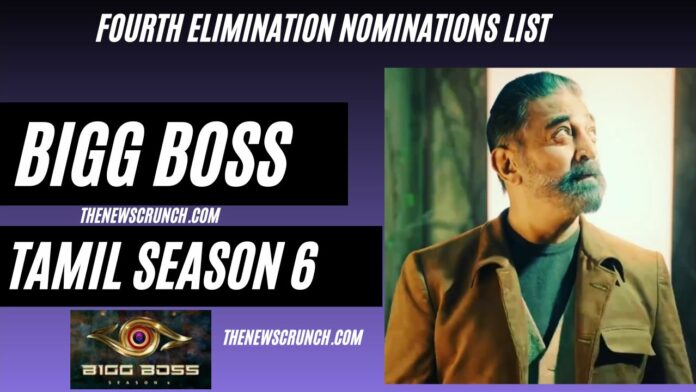 Bigg Boss 6 Tamil kickstarts with a fiery note as the fourth week commences after a cracking weekend episode. The fourth week of Bigg Boss Tamil Season 6 started off with the nominations task. Five contestants are nominated by the 19 housemates who will feature in the nominations list for the first elimination of Bigg Boss 6 Tamil. Amuthavanan, Robert and Ram are safe from nominations this week. However, five contestants enter eviction danger as voting results indicates a tough week for Sheriina and Ayesha.