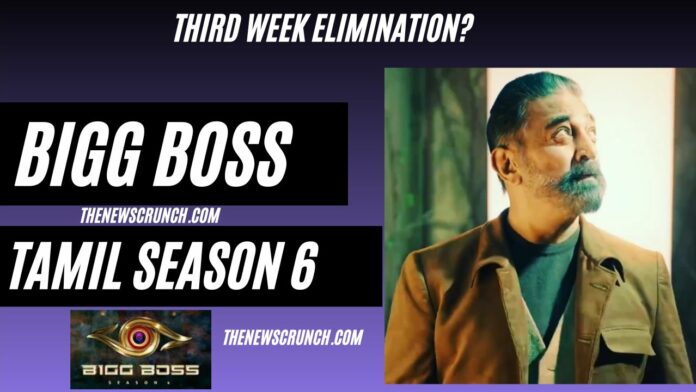 Bigg Boss Tamil voting window closed for the second elimination nominations. Few strong contestants face the audience yet again in this season. This spiced up the urge among the contestants to set their game face forward to avoid becoming the third eviction in Bigg Boss 6 Tamil.

The captaincy task was a damp squib with Queency winning the Rangoli challenge. There are quite a lot of rumors about the well deserved elimination in the third week. Asal and ADK are in the bottom two this week. However, the vote share difference between Asal and ADK is minuscule. However, the official update on the third eviction indicates safety for Rachitha, Janany and Azeem.

Asal Kolar is the third elimination of Bigg Boss 6 Tamil. However, ADK’s survival is subjected to his performances in the upcoming week. Amuthavanan, Ram and Robert will be safe from the fourth week nominations, thanks to finishing in top 3 in the doll house task. Asal’s attitude towards the women in the house pushed him to the bottom of the voting results.