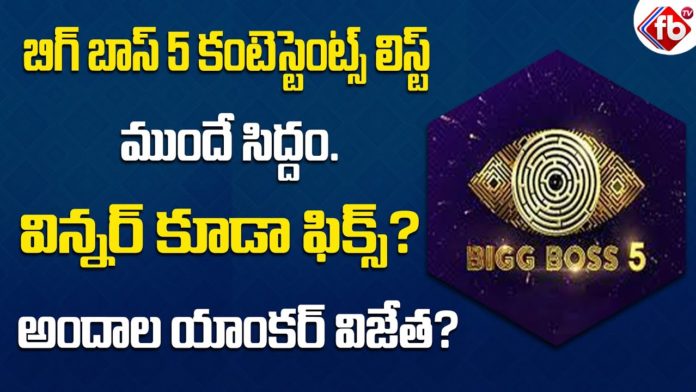 The much-awaited reality shows Bigg Boss’ fifth season is set to begin in four days. The fifth season will air from September 5. Already all the contestants have gone to quarantine. Nagarjuna, who has been the host for the last two seasons, will also host this season. Promos for season 5 have already arrived.

The last four seasons have been super hits, and huge expectations have been placed on the fifth. However, with the recent release of promos, it is now a matter of debate whether the fifth season will be as successful as expected in the current scenario. There are differences of opinion among netizens on this.

The Bigg Boss show, which previously aired at 9.30 pm, is now telecasted at 10 pm, putting tension on Bigg Boss fans. Because will the audience watch the show at that time? Is somewhat doubtful. In addition to this, the contestants’ names who will be participating in the show are already leaked on social media. There is not much interest in the fifth season. Under such circumstances, it is somewhat difficult to record a Bigg Boss 5 massive TRP rating.

On the other hand, Jr. NTR on Gemini TV, which is hosting ‘Evaru Meelo Koteeswarudu,’ poses a tough competition to BB5. If BB5’s TRP rating goes less than the ‘Evaru Meelo Koteeswarudu,’ then the fifth season is sure to be a flop. However, despite similar negative factors last season, Bigg Boss’s TRP rating did not decrease. It remains to be seen whether the same history will be repeated this time.