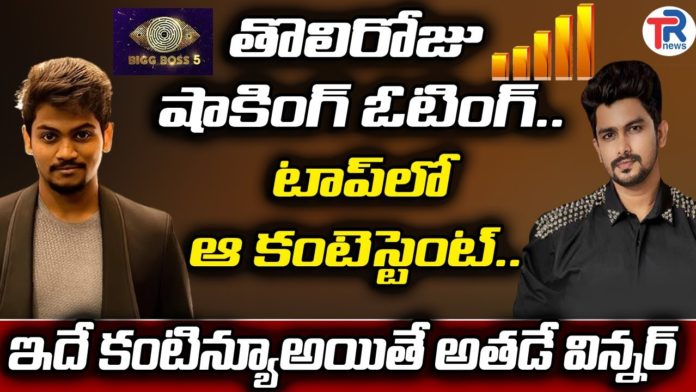 Five of the top 5 contestants in the voting war fight fiercely for Bigg Boss 5 Telugu title. Shanmukh, Sunny, Siri, Manas and Sriramchandra are the top five. The main rivalry, however, is between VJ Sunny and Shanmukh. Voting is open from midnight on Sunday until midnight on Friday. Although there are five contestants in the top 5, Sunny-Shanmukh is the main competition between the two.

And Siri seems to be in last place, though. During nominations, Shanmukh fans used to share their votes for Siri. However, in the title fight, Shanmukh fans were only voting for Shanmukh, so Siri could not even cross the single digit. And so was Manas’ situation. Sunny fans are only casting Sunny without sharing votes, with Sunny advancing in the winner race anyway.

If Siri had been eliminated in Kajal, the situation would have been different. Sunny, Kajal and Manas are all in the same group. When the three of them from one group reached the final, Shanmukh in the opposite group would have been a plus. Anyways, if Siri is eliminated, not only will she fall for Shanmukh with her fan votes, Kajal will share a lot of the votes that should have gone to Sunny. If three people in the Sunny group shared the votes, Shanmukh would get the highest number of votes.

However, Kajal got eliminated last weekend. If Kajal had been there, Sunny fans votes would have been shared for her but now that she has been eliminated, not only will the vote share stop, but her fan votes will also be falling for Sunny. With this, Shanmukh lost a lot of votes.

If the same Siri had been eliminated, Shanmukh situation would have been different. Sunny is a tough competitor. Although Kajal’s elimination hurt Sunny overall, it was a plus in the title race. The same went for Shanmukh. Shanmukh, who wanted Kajal to be eliminated, said that if Kajal were eliminated, the riots in the house would stop and now that elimination seems to be taking the title away. It remains to be seen how the voting count will change with the five-day deadline for voting.