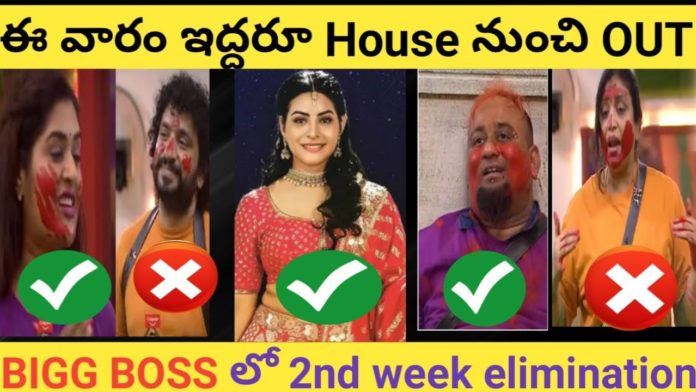 Bigg Boss Season 5 continues to be a success. The elimination process has already taken place in the first week. The first elimination was a shocker for many as the Bigg Boss organizers gave a twist. They eliminated a strong contestant as she got fewer votes even though she was a strong contestant. There are already many doubts about the elimination of Sarayu. Did Sarayu leave the house according to the voting? Or whether there is a different cause. The nominations took place in the second week.

But no one understands Bigg Boss’ strategy as suddenly a strong contestant was sent out. The same week, the organizers created a positive vibe by increasing the screen space for some contestants. Sarayu fans allege that she was shown a completely negative side which resulted in her elimination.

Cigarette smoking, quarreling with RJ Kajal slandering, causing a completely negative vibe about her. Not even a single episode was positively shown Sarayu. Bigg Boss eliminated Sarayu as expected. Another contestant will be eliminated in this second week. She is Karthika Deepam Fame Uma Devi.

As part of the nominations for the second week, Umadevi created lots of ruckus inside the BB house. And even after that, revealing every word she spoke and giving screen space. With this, it seems certain that the audience will get a negative vibe on Uma Devi.

Umadevi continues the cycle as she keeps provoking other contestants, showing her negative side. With this, it looks like she will be out of the house this time. At first, she looked good with everyone, Umadevi; then the game changed completely on the second day after the nominations. Speaking at will to everyone who spoke to her. Uma makes the audience bored. What’s more, Bigg Boss is also giving her more screen space. With this, it seems that Umadevi will come out of the house this time.

Also, the voting results show that Uma Devi is the contestant with the least votes. Also, she has literally no online presence, and hence her fans cannot rely on her to vote. This is also a reason that Uma Devi is expected to be eliminated on Sunday 19th September 2021.