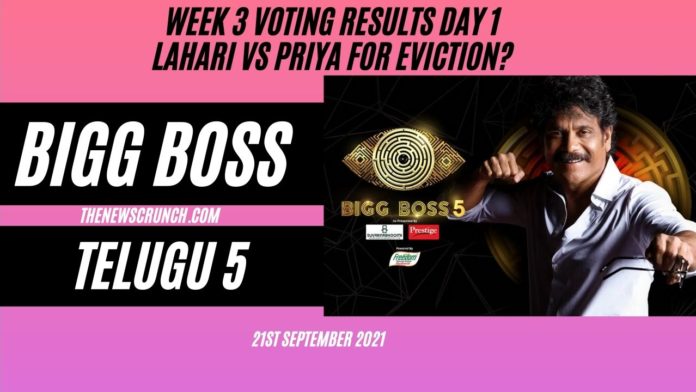 Uma Devi was eliminated in Sunday’s episode. The voting results for the third week’s eviction are filled with an enthralled audience who witnessed the nasty fight between Lahari and Priya. The usually calm Ravi fought back at Priya for her comments on Lahari. However, the voting results are impacted from the first day, thanks to the nominations task fiasco.