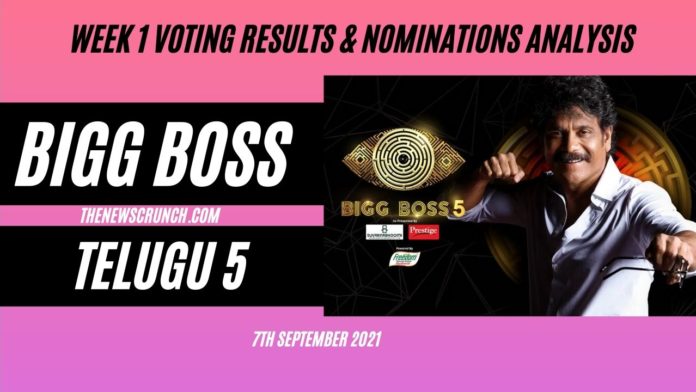 Bigg Boss 5 Telugu starts off on a promising note. The glitzy grand premiere of Bigg Boss Telugu Season 5 set the tone for an amazing bunch of contestants. However, like the previous season, the contestants faced elimination nominations on the very first day in the Bigg Boss house. The voting lines for the six housemates opened after Monday’s episode on Hotstar.

Six contestants are nominated for eliminations this week. While the housemates take their time to settle in the Bigg Boss arena, Bigg Boss sets the dice rolling. The first-week elimination nominations are quite tricky. Usually, the contestants with considerable popularity prior to their Bigg Boss journey hold a slight advantage.