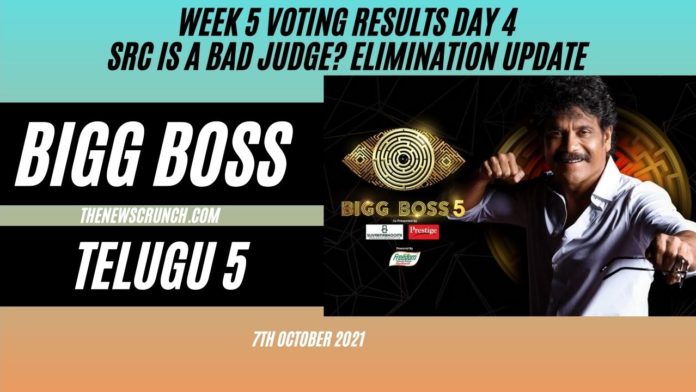 Bigg Boss 5 Telugu sets the fifth week ablaze with a massive ruckus caused during the captaincy task. As nine contestants battle eviction nomination, the focus shifts to the high voltage drama in the Bigg Boss 5 Telugu house. The voting results are still inconclusive about the potential eviction this weekend.