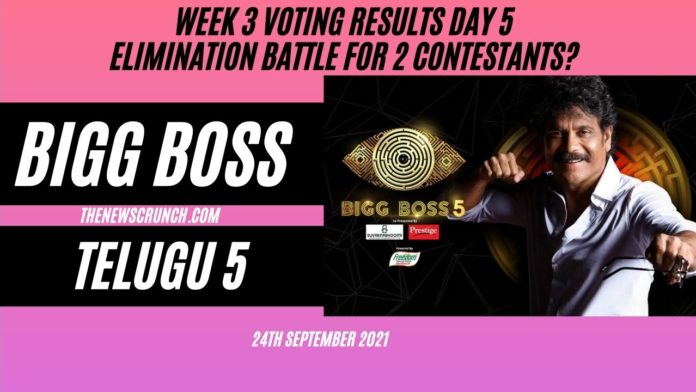 Bigg Boss 5 Telugu is on the verge of completing its third week amidst the fun, chaos, competition, and drama. The captaincy task was a hard-fought battle in which Jessie emerged as the winner. However, the limelight shifts to the third week’s eviction from Bigg Boss 5 Telugu which will be announced in Sunday’s episode.