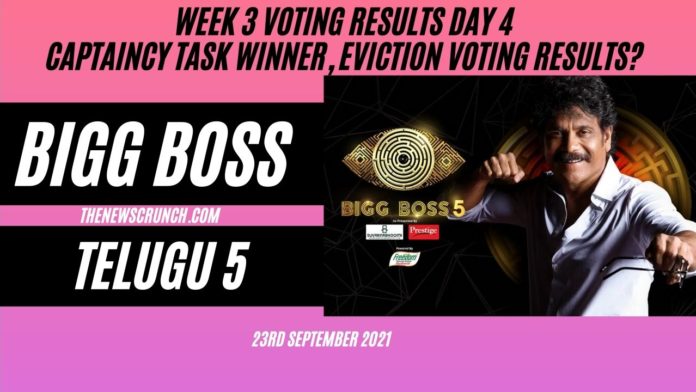 Bigg Boss 5 Telugu is midway in an eventful third week. The captaincy task is throwing the limelight on the contestants’ safe game and revealing the talents of others. The nominations for Bigg Boss 5 Telugu week 3 elimination features five contestants. However, the voting results indicate a suspense filled weekend episode amidst the third eviction.

Bigg Boss 5 Telugu witnessed Uma Devi’s eviction last weekend. Also, Sarayu exited the Bigg Boss house which reduces female competition to an extent. However, the captaincy task this week will be crucial for the nominated contestants to show their prowess. Amidst high drama in the house, Bigg Boss 5 Telugu continues to grip the audience considerably.