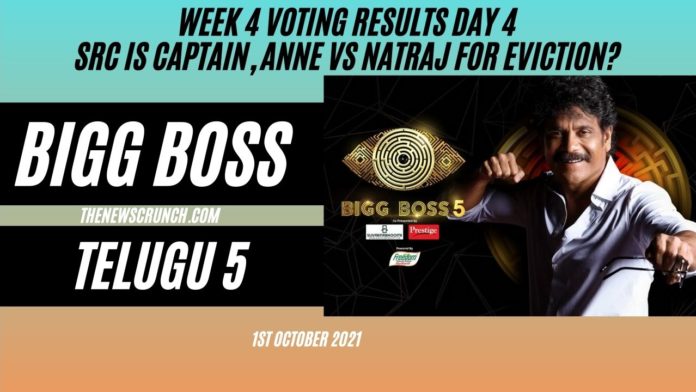 Bigg Boss 5 Telugu captaincy contenders task for the fourth week resulted in Sreerama, VJ Sunny and Shwetha competing against each other. Contestants to “Stab with a knife of a rubber belt” on a contender whom dey think not fit to be da captain. However, eight contestants will face the risk of elimination this week. Lahari was the last contestant to be eliminated. However, all the three contestants evicted so far are female contestants. Uma and Sarayu are the other evictions in Bigg Boss 5 Telugu.