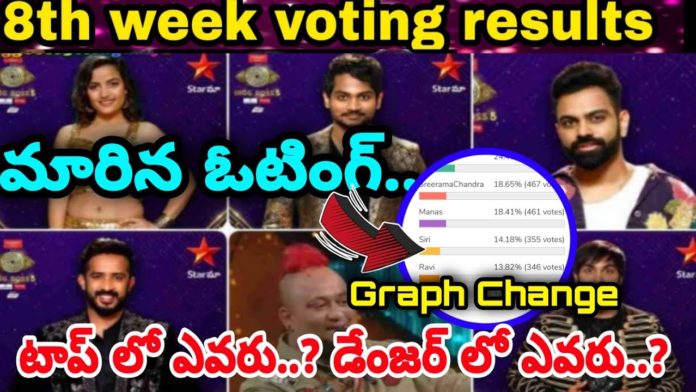 Some are saved while nominations are being made every week. Others are being nominated. However, only one contestant was nominated for 8 weeks instead of missing a single week. He is Anchor Ravi.

Fifty days have passed since we started watching 1/7 Bigg Boss 5 Telugu. The audience also got some clarity on who these 50 days are. That’s why Bigg Boss saves the contestants they want every week when nominations are made. Those who do not wish to be sent out ruthlessly.

It has become a familiar scene for him to go into nominations. Ian was nominated for a few weeks by members of the House for severe reasons. But sometimes, he was appointed for hanging a towel over chairs. Anchor Ravi has become a soft target for everyone whether they are saving or not.

Ravi is the name that comes to mind in advance to nominate some. There is a craze because there is a good name outside. Even if nominated, there is a craze; the courage to be easily saved is also seen in the contestants. That’s why Safe is playing in a way. Anchor Ravi is nominated by name.

On the other hand, sometimes Bigg Boss also plays with anchor Ravi. The same thing happened this week. Bigg Boss 8th Week Nominations were more emotional than ever. In a way, the contestants made sacrifices. They went on making sacrifices for one another.

This time everyone received letters from home. Whoever receives the letter is safe. Those who do not receive will be nominated. So Sri Ramachandra and Anchor Ravi received two letters at the same time. In it, Ravi gave a letter to Sriram. With that, he was nominated again.

However, anchor Ravi is breaking records by being nominated for the 8th time in a row. Ravi’s followers are also on fire as he is being sent nominations every week to see if he is saved. It remains to be seen whether he will miss the nominations at least next week.