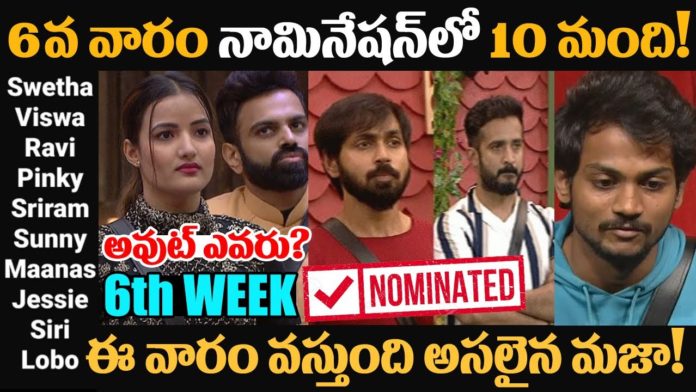 The Bigg Boss TV show has successfully completed 5 weeks. During these five weeks the contestants entertained the audience well with tasks, conflicts and loves. Five Week contestants were eliminated from the house in the elimination rounds over the next five weeks. Hamida was eliminated this week. Today is Monday which means the nomination process will take place. However, for the sixth week in a row, there are only 10 nominations. Currently there are only 14 contestants in the Bigg Boss House and ten of them are in the nominations for the Sixth Week Elimination.

Priya is the house captain so she is not in the nominations. Anee Master, Kajal and Shanmukh were also absent from the nominations this week. Vishwa, Jesse, Ravi, Manas, Priyanka, Lobo, Siri, Sunny, Shweta, Srirama Chandra are in the list of nominees this week. However, given the situation, a double elimination is likely to take place this week. And we have to see what happens.

The ten nominated contestants are