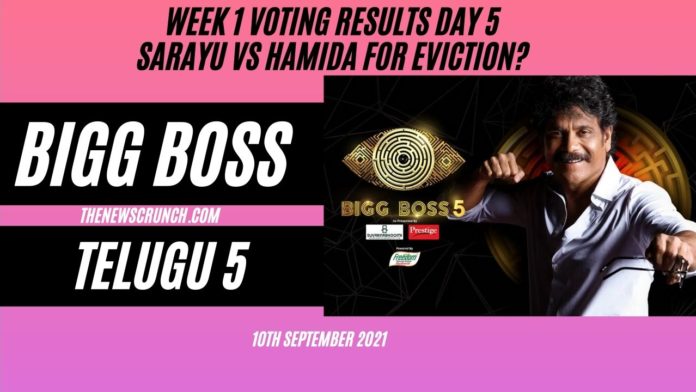 Bigg Boss 5 Telugu is on the verge of completing its first week as the drama, chaos, and fights start crawling inside the house. The much-awaited first elimination of Bigg Boss Telugu will take place this weekend. There are multiple possibilities for twists in the upcoming weeks as the six nominated contestants grapple for safety.

The voting results for the first-week eviction are filled with suspense and enthusiasm as the voting lines will close tomorrow. RJ Kajal is gaining some traction while Lahari is picking fights with Hamida and Kajal. The power room task is keeping the contestants engaged all night and day.