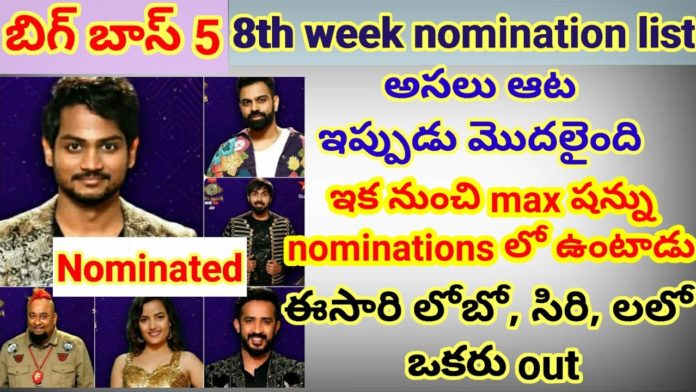 The stage is set for the 8th week of elimination in the Bigg Boss Telugu 5 reality show as soon as the 7th week has ended. Over a few weeks, fellow members began the nomination process by stating the reasons based on the mannerisms of the contestants inside the BB house. Contestants completed the nomination process by expressing their views on members likely to leave home in the eighth week.

On Sunday, the host Nagarjuna started the elimination process with excitement and emotion. People in the house were kept safe based on the votes they received while continuing to play games. The master, who was at the end, became thrilled with the rest of Priya. The suspense over who will be eliminated has increased in the wake of the perception that the two deserve a title fight.

In the process of elimination, the master sent Priya into a wooden box, and host Nagarjuna made the process enjoyable. Anyone who goes into the box will be eliminated. Another said it would be safe. But everyone was upset that the two were not even in the wooden box. This created the suspicion that there would be a double elimination at some point.

Six housemates came into the nomination to walk out of the Big Boss house. Among them are Siri Hanmanth, Shanmukh Jaswant, Sriramchandra, Manas, Anchor Ravi and Lobo. This week, however, it looks likely that there will be stiff competition among the nominated contestants as they are considered strong contestants.