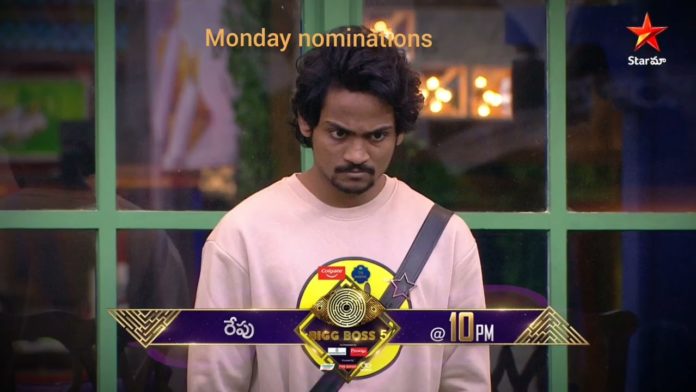 Bigg Boss 5 Telugu is coming to an end on 19th December, with the finale being a massive show for fans. As of now, six contestants are inside the Bigg Boss house during the 14th week, and this being Monday, we will have nominations among contestants.

Priyanka Singh was the last contestant to be eliminated, and it was not a shocking elimination as the fans wanted her out for a long time. The remaining six contestants are trying their best to enjoy every moment in the house.

This week will decide which of the contestants will reach the finale. In today’s episode, Bigg Boss will arrange 1 to 6 podiums where the housemates have to stand and say which housemates they would like to see themselves in the finale, indirectly the nomination process.

As per some reliable sources, the contestants ranked among themselves, and the order was Maanas, Shannu, Siri, Kajal, Sreerama Chandra, and Sunny. In the end, Sunny and Maanas exchanged places. After many discussions, the contestants came to a final agreement among themselves. The final order was Sunny, Shannu, Kajal, Sreerama Chandra, Maanas, and Siri.

Bigg Boss finally announced that all the contestants are nominated for elimination except Sreerama Chandra, as he won the ticket to the finale last week.