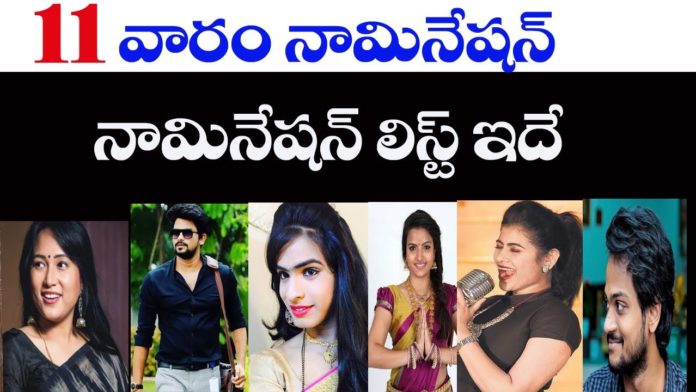 Bigg Boss Season 5 is going very well. Bigg Boss is being watched with great excitement as the game show is unpredictable as to what will happen next in the house. Also, the style of the contestants is very different. They are the ones who clashed today. The next day they turn into friends. Those who are friends today will become sworn enemies tomorrow. In addition, the weird tasks given by Bigg Boss are creating conflicts between the housemates.

If so, it’s, is a hot topic to see who will nominate whom? Ten contestants were eliminated from the show, which started with 19 contestants. And now, there are only nine members left in the house.

In this context, the nominations will be aired today night. Details of those nominations have been leaked on social media. According to the leaked information, Each contestant is required to nominate two members. On the whole, this episode seems to be bustling with many conflicts.

There seems to be a war of words between the contestants as in the past. Most importantly, the clashes between Sunny, Shannu, Anchor Ravi and Srirama Chandra seem to have reached the top level. Of today’s nominations, eight were nominated except captain Ravi. It appears that Manas, Kajal, Siri, Annie, Shannu, Sunny, Pinky and Singer Sriram are among the nominees.

It was very interesting that almost all the contestants came into the nominations. Those who have a huge fan base following this order will get saved by their fans, but those with fewer fans will be in the danger zone. According to this Master Anee and Pinky will be in danger of elimination this week.