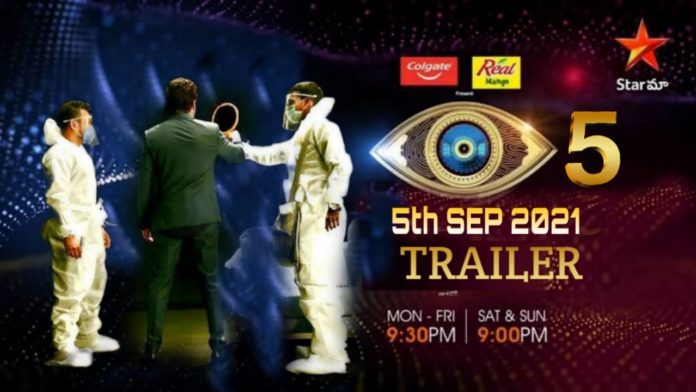 It is well known that the television reality show Bigg Boss impressed the audience immensely. The show always gets into controversy because of the contestants but has already completed four seasons, is now preparing for its 5th season. It is known that Jr. NTR was the host for the Bigg Boss Season 1 aired on popular channel Star Maa.

For the first time, Tarak made a splash on the bully screen as a host through this show. With his own words, playing the contestants, Jr. NTR impressed the audience. Natural star Nani later became the host for Season 2. He entertained the contestants through his punch quotes and smile.

Superstar Nagarjuna later hosted Season 3 and Season 4. All the seasons so far have been successful. With that said, the audience is now eagerly awaiting Season 5. Some names are already circulating on social media, saying that they are the contestants of the upcoming season. It is also interesting to know who will be the host for Season 5.

And now the organizers are busy preparing for Bigg Boss Season 5. It seems that Bigg Boss Season 5 will be telecast from September 5, 2021. Despite the news that King Akkineni Nagarjuna, who has successfully led the last two seasons, will also host the fifth season, clarity has not come yet. There is also talk that Nag, who is currently busy with a series of films, may not be hosting Bigg Boss.

Also, rumors are circulating that Rana is the host for season 5. Rana clarified that there was no truth in it. In this context, the organizers are looking to close the suspense on who will be the host soon. It seems that the Bigg Boss team hopes to make an official announcement on this in a few more days.