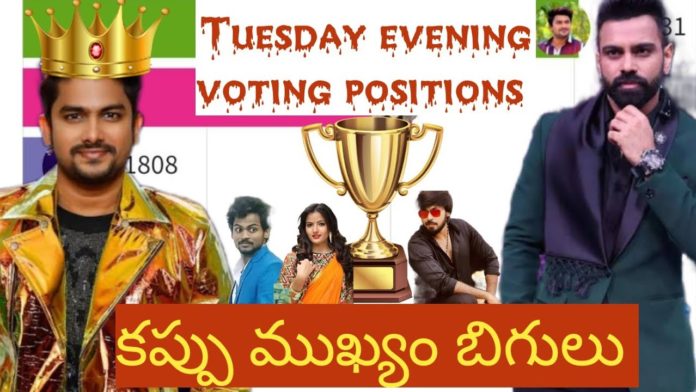 Finale of BB5 Telugu will be a start studded event as many of the Bollywood and Tollywood stars are expected to attend as guests. The stars includes Alia Bhatt-Ram Charan and Bollywood actors Ranveer Singh-Deepika Padukone. Though these lists have created the excitement among fans about the finale, they are eager to know who will win the title of Bigg Boss 5 Telugu.

The winner of BB5 Telugu will be decided based on votes by public. Fans are casting their votes to their favourite contestants through hotstar and it’s one of the most expected event for this week.

The reports according to 15th December shows VJ Sunny is leading the votes as fans are voting for him fiercely. Shanmukh is close by on 2nd position as Shanmukh’s fans are trying their best to overtake Sunny. Siri Hanumanth is at number 3 while Manaas is at number 5. Finale will be a fierce battle between Shanmukh and VJ Sunny for the title.

Whom do you think will win the BB5 Telugu finale? Vote below