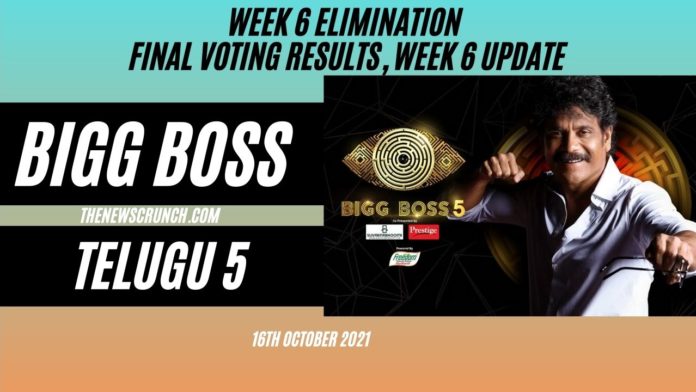 Bigg Boss 5 Telugu concludes its sixth week amidst high voltage drama and action during the captaincy task. As the show reaches the midpoint, the contestants grapple for safety from elimination. Hamida was eliminated has week due to least votes. Hwoever, the week 6 eviction voting results indicate elimination possibility for yet another female contestant.