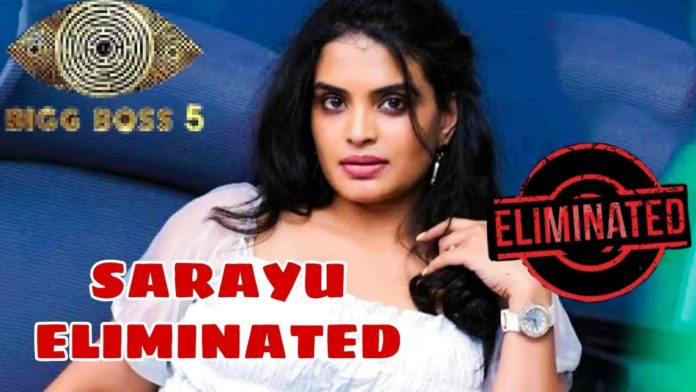 Bigg Boss Season 5 starts and ends on weekdays. Contestants share enough entertainment in the house: conflicts, screams, and quarrels between housemates like last season. Big Boss goes on crying and laughing like this. Now everyone who comes into the house is trying to stay as long as possible.

But it is now interesting to see who will leave the house in the first week. Siri Hanumant has been selected as the first captain of Season 5. Currently, out of the six nominees, anchor Ravi and Hamida were saved in Saturday’s episode. Manas, Sarayu, Kajal, and Jesse are all set to go out this week. One of whom has to go out depending on the audience voting.

However, it is learned that there was a contest between Sarayu Jesse in this voting. However, it is learned that Kajal will save Manas out of the four, and one of Jesse Sarayol will be eliminated. According to the latest information received, there will be a twist in the elimination. Everything says that Jesse will be eliminated, but Sarayu will be exceptionally eliminated. It is said that the first week of elimination was Sarune. However, in the case of Anne Master, Jesse’s fuss bored the audience.

All thought that Jessie would definitely be eliminated by the time he was in the nomination. With Jessie going to jail, it seems that the sympathy votes in the audience have increased. With that, Sarayu was forced to leave the house. Sarayu was very sober in the house from the beginning and impressed. In another episode on Saturday, Nagarjuna gave her the green signal to swear. This time Sarayu’s elimination came as a shock to the audience.