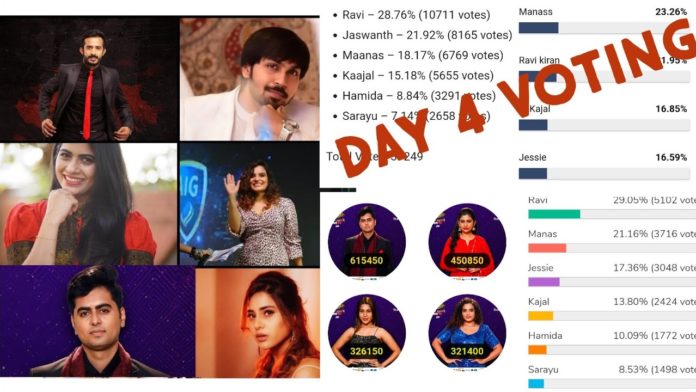 Bigg Boss Show, the top reality show on television, has recently started its 5th season in Telugu with a bang. Once again, the celebration, which got off to a grand start with Nagarjuna hosting, is getting good ratings. There are a lot of doubts as to whether it will be a hit in the original Telugu. But overall, NTR, Nani, then Nagarjuna, in whose style they continued this reality show with good hosting.

Many comments are coming on Bigg Boss Season 5, which is approaching its first week. Recently, TheNewsCrunch received special feedback in a special survey. Netizens expressed their views through polls conducted exclusively for Bigg Boss 5.

It is known that the Bigg Boss Telugu Season 5 celebration started as a grand. However, this year will be spent more than before and will start in the first episode. The talk came as the organizers spent over Rs two crore despite inviting a large number of contestants. And 40.38 percent of the people said that the first episode was good. 44.23% said their opinion was no longer good. Another 17.38 percent said no.

It is understood that this time the organizers thought differently about the Bigg Boss contestants. This time, some celebrities with a good craze were fielded as contestants. People like anchor Ravi Shanmukh Jaswant Lobo are currently on the top list, but 55.36 percent of people voted for anchor Ravi when asked who he thinks is the best. Lobo received just 19.64 percent of the vote, with Shanmukh being the best 25%.

It’s known that Bigg Boss Season 1 started as Junior NTR Grand. Natural star Nani later completed the task in her own Since then, style. Nagarjuna, who has been in the thirdce then, wants to finish the 5th season successfully. In the first episode, 55.93 percent of people said that Nagarjuna was good at hosting. And 33.9% of people said they were not well. No longer can 10% of people say no.

Only 27.91 percent of the respondents said that it would be better if the organizers were satisfied with selecting contestants on the Bigg Boss show. About 65.12 percent said it was no longer good. They explain that there is another 6.98%.

It has become a tradition to bring in some comedians who offer non-stop entertainment every time on the Bigg Boss show. And this time, it seems to have placed that responsibility on Lobo. For him, it was also a good opportunity. However, on whether everyone likes body language speech on the Bigg Boss show, 43.48 percent of people said yes. 41.3 percent said they did not like it anymore. 15.22 percent said they did not understand anything anymore.

Doubts about who will be eliminated from the Bigg Boss Telugu 5 show from the first week have become a hot topic. Netizens have thus clarified who has the best chance of leaving. 7.69% of netizens voted that anchor Ravi was likely to leave. Kajal 7.69%, Saryu 15.38%, Model Jaswant 30.77%, Hamida 25.4% and Manas Nagulapalli 12.82%.