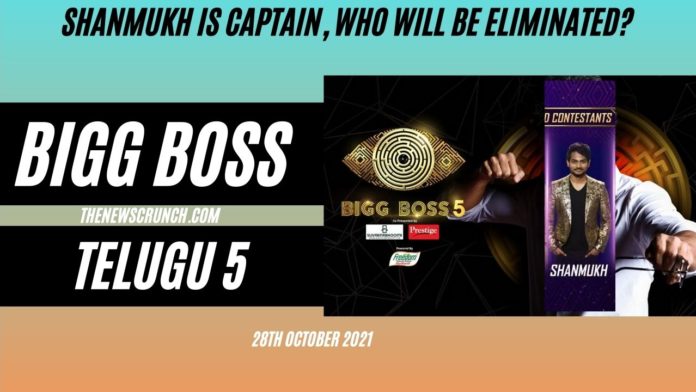 Bigg Boss 5 Telugu witnessed a major twist as it cruises past the eighth week. While elimination danger looms large on one of the nominated contestants based on week 8 online voting results, the captaincy task concludes with a shocking twist.

The captaincy task for this week witnessed massive fights and emotional turmoil as the eighth captain of Bigg Boss 5 Telugu is at stake. After a stiff battle between the contestants, Sreerama and Sunny hurt each other’s prospects of entering the race for captaincy this week.

The outgoing captain VJ Sunny faced a massive battle to remove him from the position though he is safe this week. It was clear that Sreerama did not want Sunny to be safe from nominations for week 9. However, Anee, Shanmukh and Siri competed as the last contenders for captaincy.

Anee was targeted first by Shanmukh and Siri which was quite obvious. An emotionally distraught Anee Master exited the captaincy race with anger and frustration. However, in the end, Shanmukh emerged as the winner of the captaincy task this week in Bigg Boss 5 Telugu.