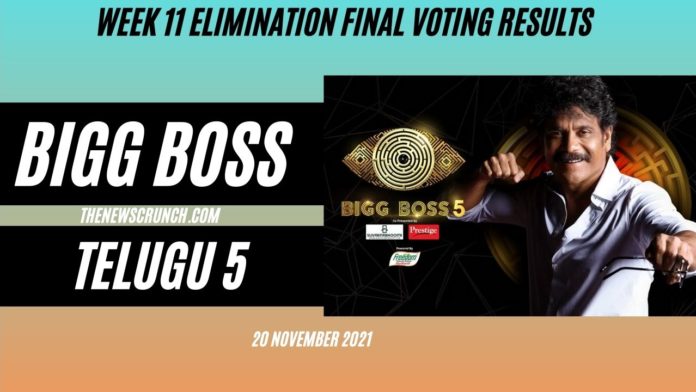 Eleven weeks had just passed in the house. As part of this, eight girls and three male contestants were eliminated. However, who will be eliminated this week is raising suspense. It seems that those in the nomination, especially Anee and Priyanka are in the danger zone.

However, according to the latest information, it seems that Kajal got more votes. With this, it seems that Anee and Priyanka are in the danger zone this week. Of the two, however, Anee is expected to be the Bigg Boss 5 Telugu week 11 elimination. Official information on this is yet to be known.

If so, some netizens say the Bigg Boss 5 Telugu finalists are Sunny for sure as he won the eviction free pass. The focus shifts on Kajal as she gets saved every week, she could be the Ariyana of this season. However, the fight between Siri and Kajal will beckon from next week’s elimination battle.