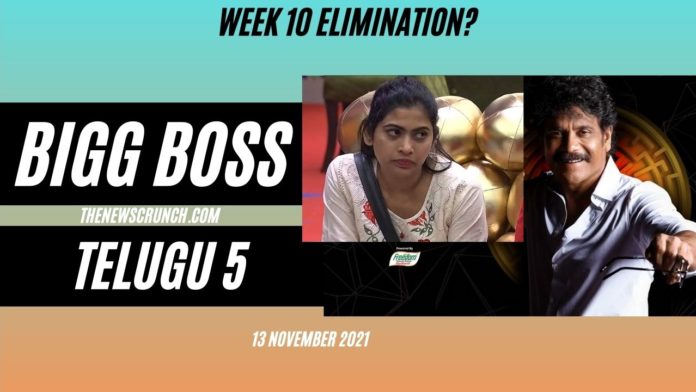 Teen weeks had just passed in the house. As part of this, eight girls and two male contestants were eliminated. However, who will be eliminated this week is raising suspense. It seems that those in the nomination, especially Maanas and Kajal are in the danger zone.

However, according to the latest information, it seems that Siri got more votes. With this, it seems that Maanas and Kajal are in the danger zone this week. Of the two, however, RJ Kajal is expected to be the Bigg Boss 5 Telugu week 10 elimination. Official information on this is yet to be known.

If so, some netizens say the Bigg Boss 5 Telugu show will not be as impressive this time around. Talk that there is no significant heat in the house. Everything is running smoothly. Tasks are also the same as in the last season. Many say they are repeated. There have been no wild card entries till now.