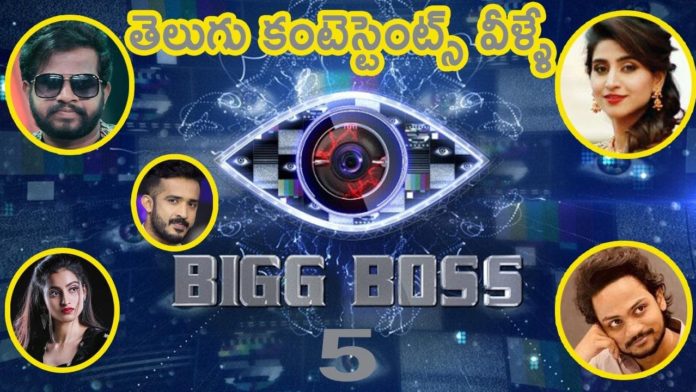 Currently, the show producers are shooting AVs with all the contestants before entering quarantine on 20th August 2021. The promo video featuring Nagarjuna will most likely air from Independence Day, 15th August, while the show is expected to start from 6th September 2021.

The news has leaked that a fan’s favorite couple from Jabardasath will be participating as contestants in BB5. Speculations are doing the rounds that Hyper Aadi and Deepika Pilli, who is entertaining the audience with their comedy in the popular reality show Jabardasth for the past few months. It is said that they are likely to enter as a Jodi in Bigg Boss Telugu season 5.

The other contestants include a mix of tv celebrities, internet celebrities, and movie actors and actresses. Anchor Varshini, Isha Chawla, Navya Swamy, Lobo, and a few are the confirmed contestants for Bigg Boss Telugu 5.

Bigg Boss season 5 will be launched grandly on Sunday 6th September, exactly one month from today. How excited are you about the upcoming season?