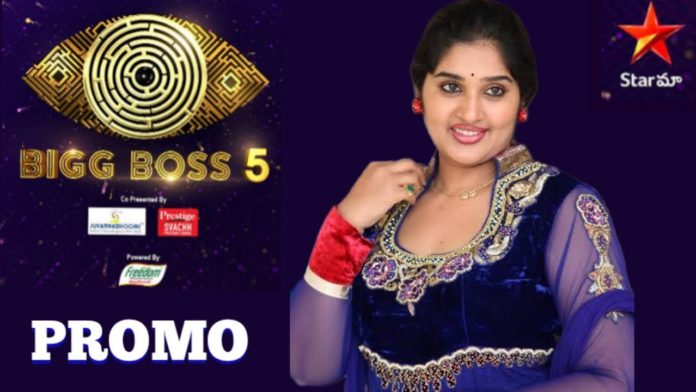 Bigg Boss season 5 Telugu is starting today. The grand entry is set to begin with the entry of King Nagarjuna at six o’clock today evening. Each contestant is going to make an entry in their own style. However, this time the contestants are following a strategy in hinting their fans on social media to support them. There are indirect leaks about the Bigg Boss entry.

Looking at the list of upcoming contestants for the fifth season of Bigg Boss, it should come as a shock this time. There seems to be little to no controversy, no boldness this time around. Only good names appear on the list this time. Almost all of them are familiar to the masses. Lobo, Anchor Ravi, Shanmukh Jashwant, Manas (Koilamma Hero), Priyanka Singh (Jabardast Transgender), Sarayu (YouTuber), Lahari Shari, Jaswant Padala, Natraj Master, Yani Master, RJ Kajal, Uma Devi, Singer Srirama Chandra, VJ Information that Sunny, Siri Hanmant, actress Priya, Shweta Verma, Vishwa are coming.

Some of them have already started campaigning in their own style. Most importantly, television and small screen actress Priya is acting aggressively. She has been leaking her Bigg Boss entry since last week. 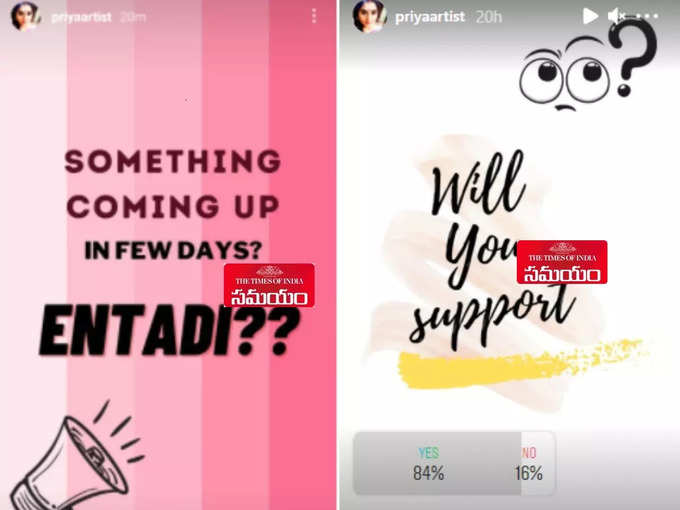 Overall it looks like Priya is preparing her fans from the front. Becoming a ‘favorite’ contestant to the masses. She is planning to stay at Bigg Boss’ house till the end and grab the trophy. But it remains to be seen how far this campaign that Priya is doing will work. Priya seems to have the support of Akhil Sarthak. People also reacted well to her post. At the same time, 84 percent said they would support her.

Priya has made a name for herself on television with serials like Lady Detective, New Gold, Manasa, Chinna Kodalu, Shashirekha Parinayam, Number One Kodalu. He has acted in many films on the silver screen. Most importantly, she became more popular with cinema.

The actual bustle is set to begin at six o’clock today evening. With the arrival of the contestants, the Bigg Boss house is going to be buzzing. It seems that social media and netizens are ready to split the factions with conflicts, loves, hatreds, and affections between the contestants.