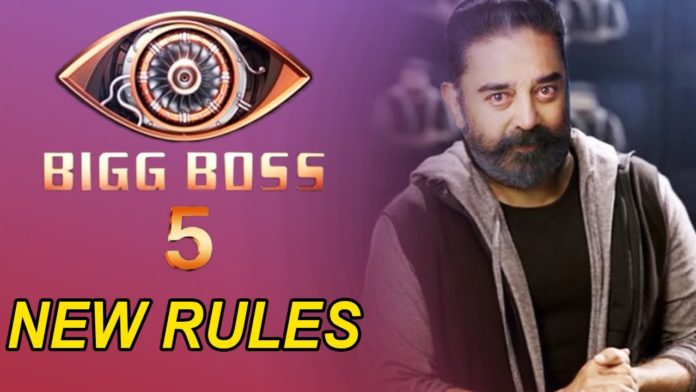 The first season of Big Boss in Tamil started in 2017. The show is produced by Endemol on Vijay TV and hosted by Kamal Haasan. The Bigg Boss show is the crown jewel of the Tamil silver small screen shows. Famous movie stars in each language are hosting the Big Boss show. Hosted by Salman Khan in Hindi, Nagarjuna, Nani and Samantha in Telugu.

The Big Boss Season 4 show, which was supposed to start in June last year, started last October due to Corona Lockdown. Thus, the Bigg Boss Season 4 show ended last January. But this year too the start of the show was delayed due to the Corona second wave lockdown.

Unconfirmed information about contestants was also leaked. Work is already underway on the tag line, logo and Big Boss home for Big Boss Season 5. In this situation, photos of actor Kamal Haasan participating in the Big Boss teaser work were also released recently. Thus the teaser and promos of the Big Boss show are expected to be released soon.

Instead it is said that the audience will participate digitally like Bigg Boss Season 4. It has also been reported that the Vijay TV Bigg Boss team has so far approached more than 30 celebrities for the Big Boss Season 5 show. But information about who is going to participate in the event remains a secret.