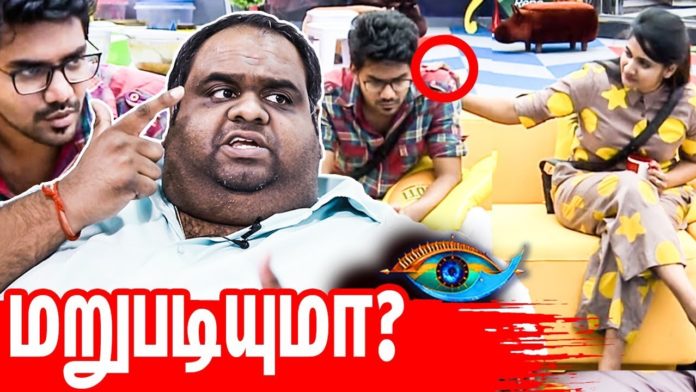 It has been reported that the Bigg Boss show is currently in full swing and that one of the Bigg Boss contestants, Abhishek, is dominating over the other contestants and imposing his opinion on everyone.

Netizens have been recording comments that a wildcard rival should come and suppress Abhishek. In this situation, it is said that the famous producer ‘Libra’ Ravindran, who has been a neutral critic of the Bigg Boss show since the first season, has a chance to go into the Bigg Boss house as a wildcard competitor.

Netizens have been commenting that there will be no famine for content on the Bigg Boss show if the news is confirmed, and he will attack Abhishek. We will see depending on whether the producer Ravindran will go into the Big Boss house as a Wild Card entry.