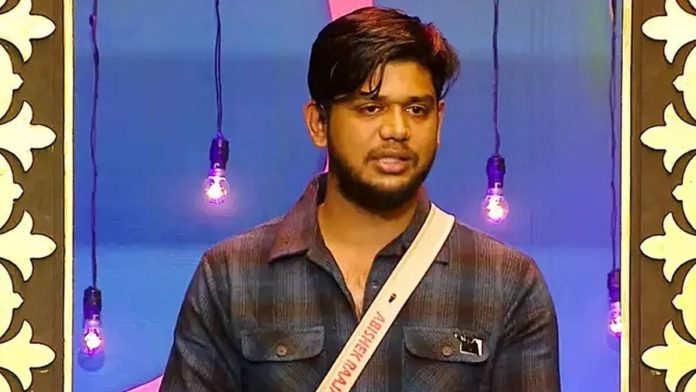 The news that Abhishek will go inside again on the Bigg Boss show caused a great stir.

It is noteworthy that Abhishek, one of the 18 contestants in the show, dominated the other contestants from day one as the Bigg Boss show has been on for the last 40 days. He was eliminated as the second contestant as many of the tricks he did to bring all the contestants under his control were to the satisfaction of some of the fellow contestants but also the displeasure of the audience.

It was also alleged that he had acquired a bad reputation with the audience before he left for Bigg Boss’ home and that he spoke controversially about Bigg Boss, much to the displeasure of the Bigg Boss team. So there is a rumour that downvotes are not the only reason for Abhishek’s expulsion from the Bigg Boss show.

It is said that the Bigg Boss team has decided to send ‘Content King’ Abhishek back inside as there is currently no stir among the rivals in the Bigg Boss house. Abhishek is going back inside this season just as Vanitha, who the people ousted in terms of votes in the third season of Bigg Boss, went back inside.