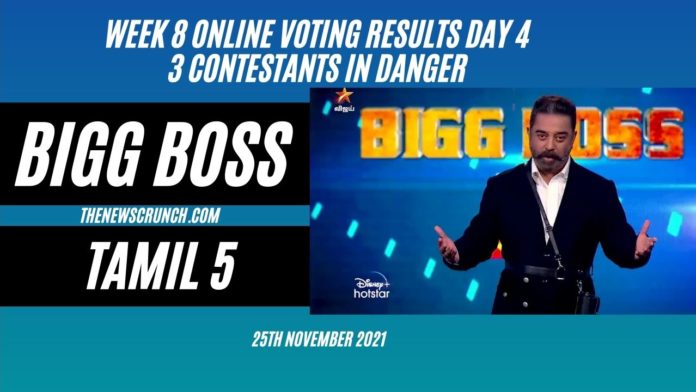 The voting results proves Priyanka’s dominance in this week but the competition in Bigg Boss 5 Tamil intensifies. There are multiple chances of Iykki or Niroop’s elimination this week. However, Thamarai and Imman are facing the heat as the competition surges. Priyanka is slowly entering the bad books of the audience with her actions which might be detrimental in future.