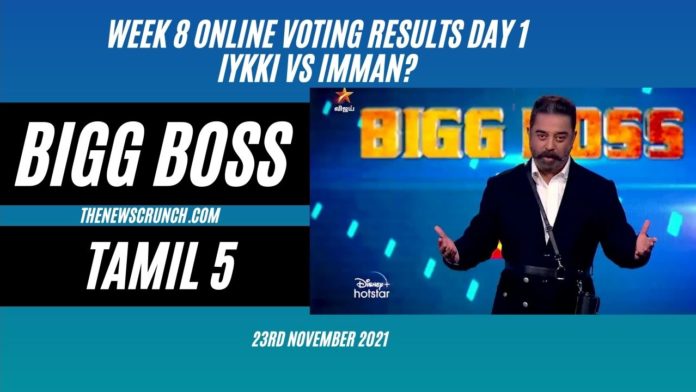 Abhinay is the new captain of the Bigg Boss 5 Tamil house. Isai Vani was the last eviction in Bigg Boss 5 Tamil. However, the eliminations in last three weeks are female contestants. Hence, the limelight now falls on the week 8 elimination voting results which features Imman, Priyanka, Thamarai and others.

The voting results proved Pavni’s dominance in the last week but this week the competition in Bigg Boss 5 Tamil intensifies. There are multiple chances of Iykki or Imman’s elimination this week. However, Thamarai and Pavni are facing the heat as the competition surges. Thamarai is also becoming a bone of contention as the public response is ravaging compared to the initial weeks.