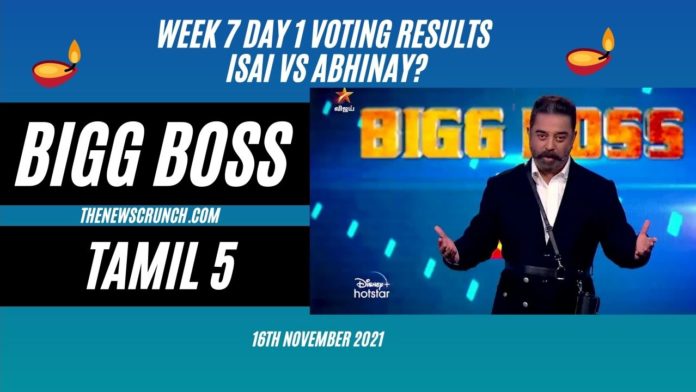 Bigg Boss 5 Tamil witnessed five evictions and one elimination so far. Madhumita, Suruthi, Nadia, Abishek and Chinna Ponnu are eliminated from the reality show so far. However, the limelight now falls on the week 7 elimination voting results which does not feature Priyanka.

The voting lines for Bigg Boss 5 Tamil will open on Monday after the nominations are officially out. There are multiple chances of Abhinay or Imman’s elimination this week. However, Iykki and Isai Vani are facing the heat as the competition surges. Isai Vani is also becoming a bone of contention as the public response is poor compared to the initial weeks.