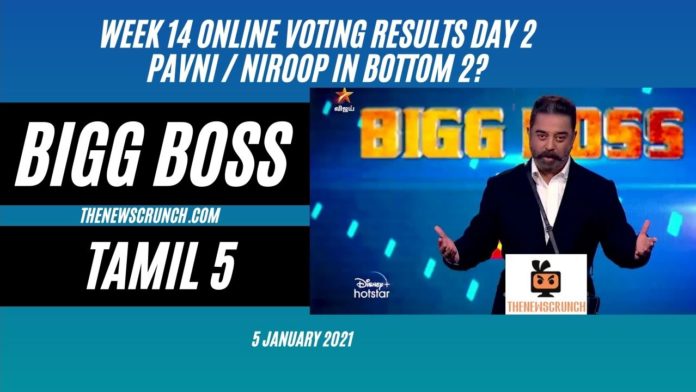 Actor Sarath Kumar entered the Bigg Boss house with a suitcase filled with cash for whoever wants to quit the show. A tough fight for eviction safety commences as the top 7 gear up to enter the ‘Grand finale week’ of Bigg Boss 5 Tamil. The voting results for Bigg Boss 5 Tamil will be impacted by the emotional drama from this week’s episodes. Hence, the focus shifts to the week 14 elimination voting results which signals massive danger for Niroop and Ciby.

The voting results prove Raju’s loyal fanbase this week but the competition in Bigg Boss 5 Tamil is tightening. There are multiple chances of Thamarai or Niroop’s elimination this week. Pavani is also becoming a tough contender after getting thoughtful negative comments from Kamal Hassan this week.