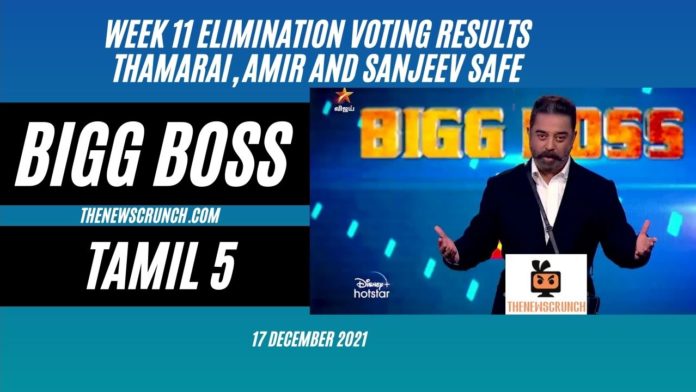 The tasks are testing the nerves, memory and physique as the finale in Bigg Boss Tamil 5 approaches. The voting results. Imman was the last eviction in Bigg Boss 5 Tamil. However, this week’s elimination will be a decisive one for the remaining eleven housemates. Hence, the focus now falls on the week 11 elimination voting results which feature a close contest between Abhinay and Varun.

The voting results depict Raju and Priyanka’s support this week but the competition in Bigg Boss 5 Tamil toughens. There are multiple chances of Abhinay or Varun’s elimination this week. Varun is also becoming a tough contender but is lurking in danger in several unofficial voting polls.