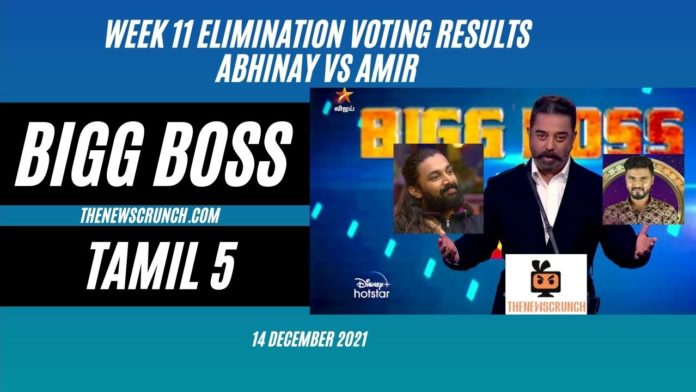 Priyanka enters her task mode with massive fights against Thamarai and Niroop. Niroop is safe with his captaincy but the performances in the last two weeks will impact voting results. Imman was the last eviction in Bigg Boss 5 Tamil. However, this week’s elimination will be a crucial one for the remaining eleven housemates. Hence, the limelight now falls on the week 11 elimination voting results which feature a massive fight between Abhinay and Amir.

The voting results prove Raju’s support this week but the competition in Bigg Boss 5 Tamil intensifies. There are multiple chances of Abhinay or Niroop’s elimination this week. Thamarai is also becoming a tough contender after getting thoughtful negative comments from Kamal Hassan this week.