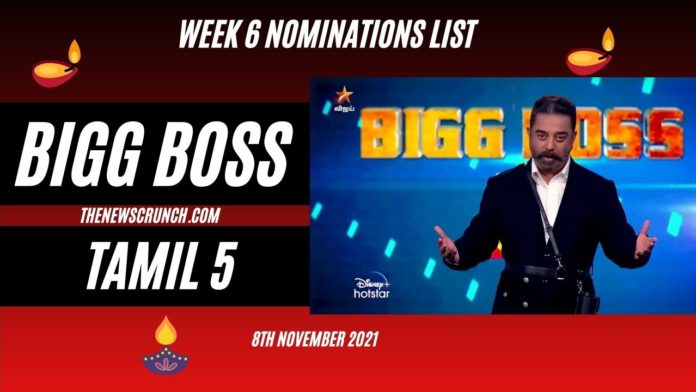 Bigg Boss 5 Tamil starts off its sixth week with an electrifying captaincy task. After a suspense filled fifth week, the housemates look forward to the sixth week nominations task in the Bigg Boss Tamil house. A surprising eviction took place this weekend. The elimination voting for week 6 nominations in Bigg Boss Tamil 5 will commence after Monday’s episode.

Suruthi was the last official elimination last weekend due to the least votes. However, the nominations list for elimination this week features Raju, Priyanka and a few other prominent names in the Bigg Boss Tamil house. Abhinay became the captain of the house and is saved from nominations.

The voting lines for Bigg Boss 5 Tamil will open on Monday after the nominations are officially out. There are multiple chances of Isai Vani’s elimination this week. However, the elimination suspense looms large over Abhinay. Pavani is also becoming a bone of contention as the stronger contestants are getting targeted in the initial weeks.