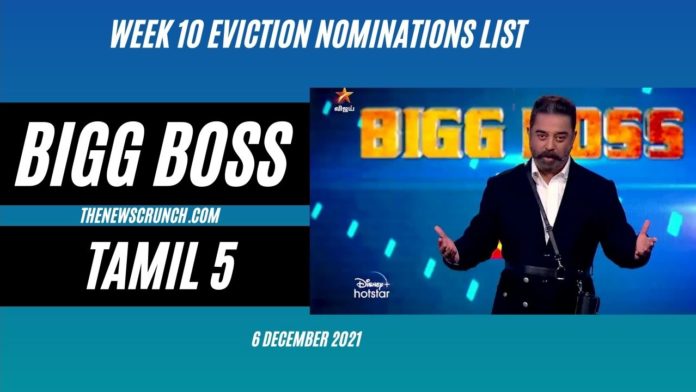 Raju will look forward to recoup from the weekend comments while there are few contestants in wait and watch mode. The Bigg Boss 5 Tamil nominations list for the tenth week featured these contestants while Niroop took the privilege of the coin to reverse nomination with Sanjeev.

It is noteworthy that Raju and Priyanka take a break from nominations. The latter was on the nomination list every week for the past few weeks, while Abhinay is in danger this week due to his vote share. Also, Abhinay has joined the list as she is getting nominated almost  every week except the week in which he was the captain. Abhishek was the last eviction in Bigg Boss 5 Tamil.

It remains to be seen who will leave this weekend as both Abhinay and arrogant Imman are stuck in this week’s nomination.