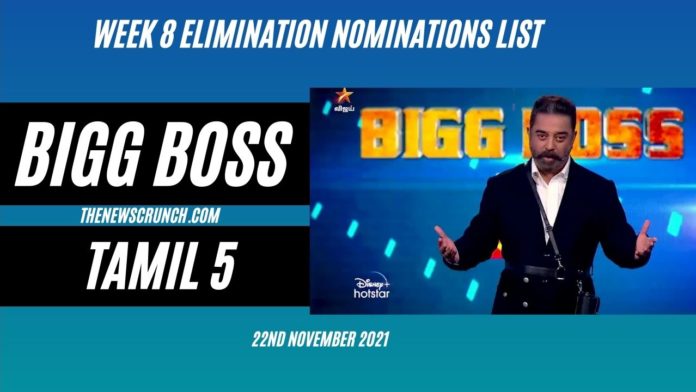 Everyone knew that the eighth week nomination for elimination would be held at the Bigg Boss 5 Tamil house this Monday after a fiery captaincy task. We will now look at the contestants facing danger of eviction in this week’s nomination as the nomination task took place in today’s Bigg Boss episode. This is the 8th-week nomination inside Bigg Boss house.

Bigg Boss announced that Pavani, Priyanka and Thamarai have been nominated for elimination this week.

It is noteworthy that Kamal Haasan showered accolades on Abhinay and Varun. The former was in the nomination list every week for the past seven weeks, is escaping at the last minute. Also, Iykki has joined the list as she is getting nominated almost  every week except the week in which she was the captain. Isai Vani was the last eviction in Bigg Boss 5 Tamil.

It remains to be seen who will leave this weekend as both Abhinay and arrogant Thamarai are stuck in this week’s nomination.