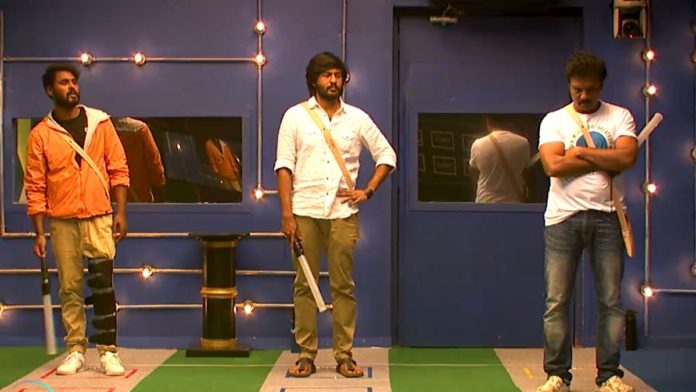 Those who watched yesterday’s show will know that the task of qualifying directly for the finals on the Bigg Boss show has been going on for the past one week and that Aamir and Ciby were selected for the next stage after Sanjeev was ousted as there were three people in this task yesterday.

In this situation today, one of the two, Aamir and Ciby, is put up for competition as to who will win the Ticket To Finale Task. They are holding a bundle of sand in one hand in the pouring rain as they are given the task of holding the bundle of sand in their hands.

It looks like Aamir has won this task and qualified directly for the finals, as it looks like Ciby is going down at the end of the task. It is noteworthy that Aamir, a wildcard contestant, has been praised for playing with determination despite an injury to his leg.