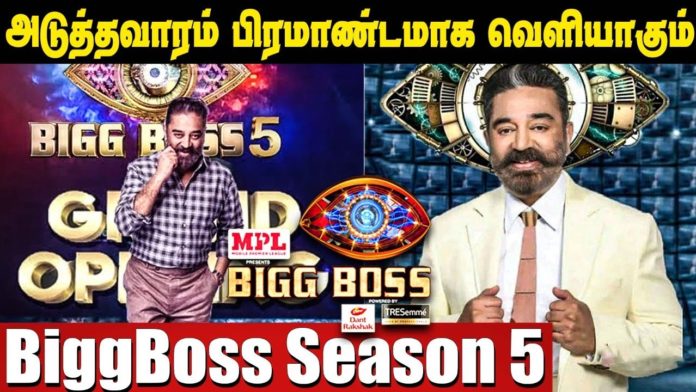 The promo for the 5th season of the Bigg Boss show is expected to be released this weekend.

Meanwhile, the Bigg Boss Season 5 promotion photoshoot took place yesterday. The photos of actor Kamal Haasan who attended this promotional photoshoot, are going viral on social media, and it has also raised expectations for next season.

The Bigg Boss Season 5 major announcement is expected to be released this weekend. It is said that a promo featuring Kamal Hassan is expected to release in the first week of September.