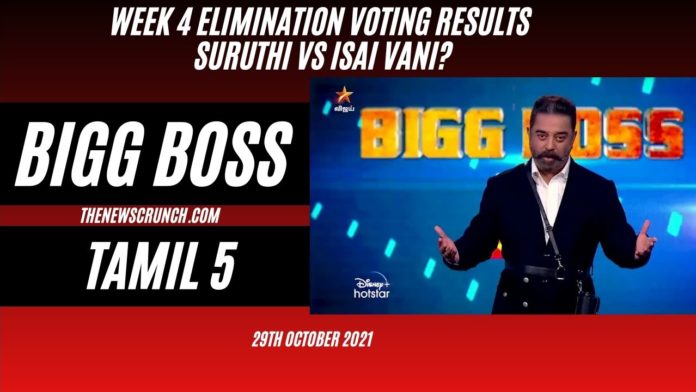 Bigg Boss 5 Tamil progresses through the fourth-week action with the gripping luxury budget task. The ‘Gramam vs Nagaram’ task and ‘nominations’ task is gripping the contestants as the race for elimination heats up. However, the limelight focuses on the fourth elimination of Bigg Boss 5 Tamil. The voting results for this week’s eviction window closed for the audience on Friday night.

Thamarai’s issue and her unprecedented comments during the task are the highlights of this week’s action. Madhumitha became the captain but reels under poor performance while Thamarai and Isai and overdoing things. Abishek was eliminated last weekend while Namitha Marimuthu walked out due to controversial reasons.