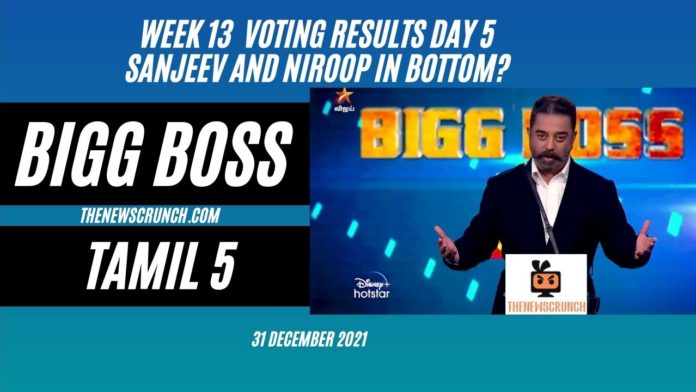 Priyanka and Raju steer clear of danger as the potential finalists of Bigg Boss 5 Tamil are safe this week. Amir is the winner of ‘ticket to finale’ after a tough fight with Ciby and Sanjeev. Bigg Boss 5 Tamil eviction voting results signals massive danger for Sanjeev, Thamarai and Niroop. There are high chances of Ciby entering the week 13 elimination voting results’ danger zone.