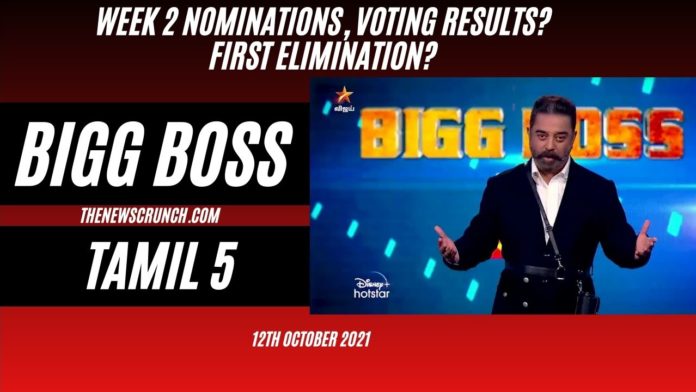 With almost the entire Bigg Boss 5 Tamil house in nominations, the audience finds it tough to vote for their favorites. In these early days, the contestants with the least coverage or poor alliance will be voted out. However, the unofficial voting results for week 2 eviction are inconclusive at the moment.

**Other candidates did not record significant vote share. Newscrunch will update the vote share from unofficial voting polls on a daily basis.