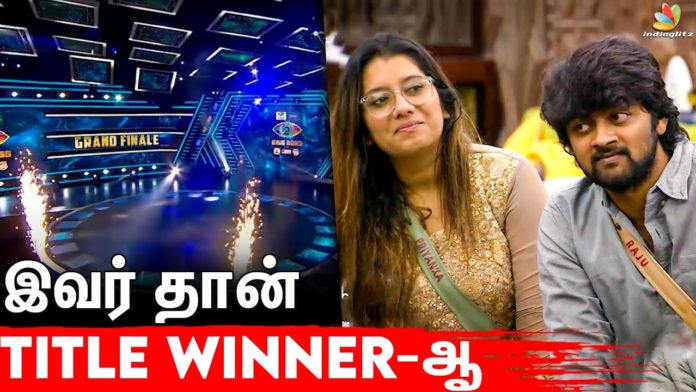 At the end of Bigg Boss Tamil 5, the finale countdown begins. This year’s plus-one contestants are still in the house having a prime time, while previous top five contestants have accepted the entry into the glasshouse to entertain this year’s finalists and the tv audience.

Social media platforms have been abuzz as of late, as many are making predictions and trying to ultimately guess the result of the unfortunate Bigg Boss Tamil 5. At this point in the show, two main candidates are vying for the prize. They’re Priyanka and Raju.

Priyanka and Raju fans are arguing about who will win the title of Bigg Boss Tamil 5. However, the positions of Priyanka and Raju are constantly changing, so one day, Raju will be leading the title, and the other day Priyanka. But 60 percent of Bigg Boss Tamil 5 viewers surveyed think that Priyanka will win the show’s grand prize. Priyanka’s popularity and fame away from the home of the Bigg Boss Tamil season 5 house have increased due to her candidness toward other contestants. She did not abandon any task or argument and remained confident. Priyanka has managed to intrigue and obtains attraction from the audience.