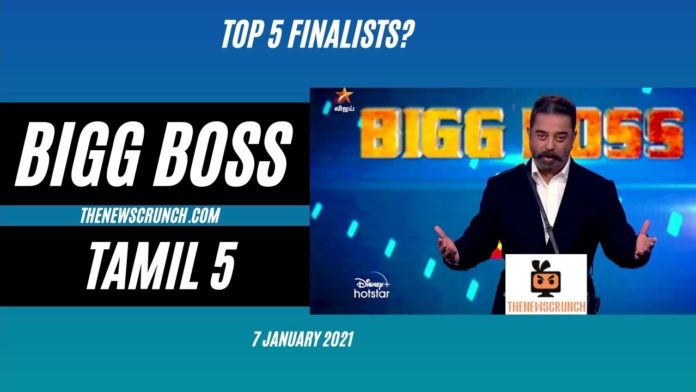 There is a lot of buzz and excitement are the potential finalists of Bigg Boss 5 Tamil. However, three of the five slots are already taken. Raju and Priyanka will join Amir as the finalists of Bigg Boss 5 Tamil. The remaining two positions will be a hard fought contest between Niroop, Thamarai and Pavni depending on which of the two stays back after this weekend’s elimination.

Bigg Boss 5 Tamil Top 5 Contestants – Who Will Miss Out?

It is a tough fight between Pavni and Niroop to enter the finals of Bigg Boss 5 Tamil. However, the fifth finalist spot is going to go down to the wire. While it is a tough decision for the audience, both the contestants are in danger and equally deserving. Amir entered the finals with the ‘ticket to finale’ victory. If not for Amir, could have stayed and Pavni , Niroop will both enter the finals. However, that is not the case as it stands today in the Bigg Boss 5 Tamil house.