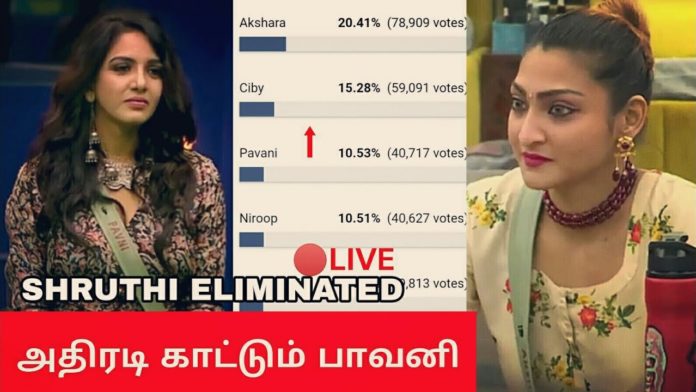 Information about the contestant who was eliminated this week on the Bigg Boss show has just been released.

It is noteworthy that Abhinay, Akshara, Cibi, Isaivani, Madhumita, Niroop, Pavani and Suruthi were among the nominees for the Bigg Boss this week, and one of them will walk out based on low votes.

Already today, it was reported that both Isaivani and Niroop had been saved. It has been reported that the Surthi is out this week, according to a social media post by viewers who are watching the show live. Suruthi is said to have been evicted based on low votes.

It is noteworthy that Suruthi already had a coin that she could have used to be saved from nomination, but she said she did not want to use that coin.